Companies get into bed, then go head-to-head. 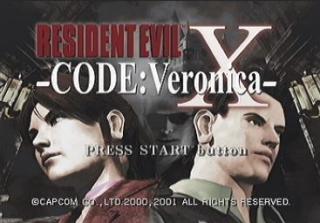 All Images (2) »
Following the recently announced partnership between Nintendo and Capcom, the two companies battled for gamers? wallets this week.

Both Resident Evil: Code Veronica X for PlayStation 2 and Mario Kart Super Circuit for GameBoy Advance were released in the UK last Friday, September 14. One week later, and the chart positions are in.

The result is said to be close (ChartTrack are holding sales figures until the end of the month) but Code Veronica X took the number one spot, with Super Circuit following closely behind in the All Formats chart.

Clearly, the larger number of PS2-owners in the UK are responsible for the one-two. Whatever, both games are destined for classic status, and we may see the two games swapping chart positions in the next few weeks.