Evil that resides in your hand. 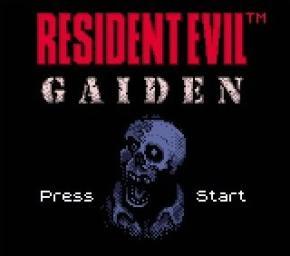 All Images (3) »
Earlier this year, Capcom announced that Resident Evil: Gaiden was in production for Nintendo’s phenomenally successful Game Boy Color. Until now, only minor details have emerged.

The game, developed by UK-based M4, and originally thought to be a first-person experience, has now evidently incorporated a top-down scrolling game section as well. Hordes of zombies are a definite, as is a plethora of weapons, combat techniques and puzzle elements.

But as with all Resident Evil games in the mythology, it is the storyline that holds the most interest. Gaiden will centre around lead character and resident redhead, Barry Burton, who featured a major part in the original PlayStation version. As per usual, your goal within the game will be to locate and destroy as many zombies as possible and destroy the B.O.W, the source of the mysterious evil.

UK players can look forward to some corny dialogue and great gameplay sometime in November 2002.