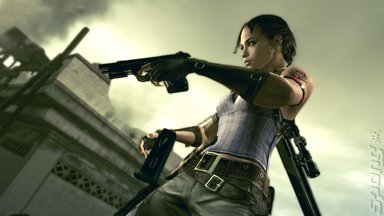 Capcom's head of global production, Keiji Inafune, recently spoke with Spanish games site 3D Juegos regarding the company's plans for Resident Evil 6 and how they want to bring the game to completion sooner rather than later.

In the interview Infaune is asked about when players can expect to receive Resident Evil 6 to which he replied (this comes via machine translation), "Given the great success which led to us Resident Evil 5, Resident Evil 6 want to go to market as soon as possible. In fact, Capcom will have news about this soon ..."

Can we expect soon to be an announcement at the Tokyo Games Show? Keep checking SPOnG to find out when TGS gets underway.

a 3 Sep 2010 10:21
1/10
Personally I was dissapointed with RE5, it lacked the atmosphere of 4 and wasnt as fun. I think there was too much action. RE4 was a brilliant game, especially with wii controls, and will forever be a classic. I dont think 5 had the same impact. Lets hope they return to that formula with 6.

Daz 3 Sep 2010 15:26
2/10
for me 4 and 5 where basically the same game with different skins (though if I had to pick which I prefer it would probably be 5), for me because of all the action they both lacked the atmosphere (or any type of atmosphere really) of the ones before, sure blasting away without a care in the world is fun but that's what FPS and other action games where for, for me, RE was about collecting scraps of paper to get the full story and solving puzzles that could end up killing you if you got it wrong, while they both sort of kept the paper 5 didn't let you keep them so if you forgot something you where screwed and had to go back to that chapter, as for puzzles, sure they were never really hard to begin with but some took a bit of thinking, with 4 no thinking required for anything 5 was sort of the same but I found myself planning those light puzzles (you have to do 3 of them, did they run out of ideas?) before doing anything.

Best RE ever is RE2, I think it high time for a HD remake, with 3D

Ace 4 Sep 2010 13:07
4/10
if you ask me, its about time the T-virus returned in all its glory, but c'mon zombies in HD, the perfect key component for a "survival horror", its about time resident evil got back to its roots, i remember being scared half to death as a child playing resident evil 1 and i wanna feel it again

paul 8 Sep 2010 12:31
5/10
i agree with ace. i will never forget the day i was introduced to re 1. i dont think i slept for days after playing that game. i like the new ganado features, but resident evil 1 took all the glory with the "uuuuuuhhhhhh" zombies. that zombie moan back in the day was enough to make me want to crap my pants.

Wygo 11 Sep 2010 21:49
6/10
Resident Evil 0 RE1, RE2, RE3, DA, RE Remake by Shinji Mikami were the real SURVIVAL HORROR GAMES and the REAL RESIDENT EVIL.
RE5 is NOT real RESIDENT EVIL. All that left is a good mindless shooter who is using already dead game Resident Evil name.

Annebob 11 Oct 2010 18:29
8/10
I hope 6 will be like the older games! I loved the puzzles in resi, and they seemed to have disappeared in the more recent ones! Also number 3 being one of my favs, purely because of nemesis appearing all the damn time! haha

paco 2 Dec 2010 02:46
9/10
i did really like the older resident evil games. there are really no zombies in RE4 or 5. just humans that turn into weird monster things if you blow their heads off, and the puzzles were real easy.

Jahmar 10 Jan 2012 17:03
10/10
Resident Evil 5 wasn't all the great of a game but it did have the graphics down pat. Now all RE6 has to do is put the old style gameplay from the early resident evil's with the new graphics. The game would probably be the most sold game in the world since god of war
Posting of new comments is now locked for this page.