Has a chat with Iwata, Lets Metroid co-creator join in to 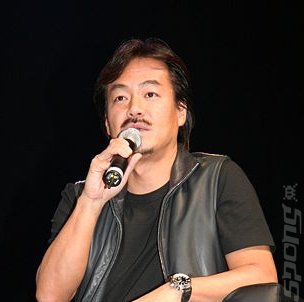 Pic by: Georges Seguin
Wish you'd been there don't you? Where? When the father of Final Fantasy, Hironobu Sakaguchi, discussed his studio's upcoming title The Last Story with the head of Nintendo Japan, Satoru Iwata. And they were joined this time by the co-creator of Metroid, Yoshio Sakamoto.

Most of the discussion in the column revolves around the three game designers reminiscing about the good old days of game development but thankfully Sakaguchi does offer up new details regarding his upcoming Wii title.

Sakaguchi commented that "In these 23 years, there have been only three instances where I considered gameplay systems first," giving an insight as to his approach with games development.

He also discussed the conversation system that will be included in The Last Story. He explained that characters will talk with one another as you move around the play field in real time and is something Sakaguchi believes will enhance the relationship between the player and their cohorts and is something he wants to convey within the game's story.

Are you interested in the next title by the father of Final Fantasy and his team at Mistwalker? Share your appreciation in the comments below.