Robots and boobs make up this week's new entries. 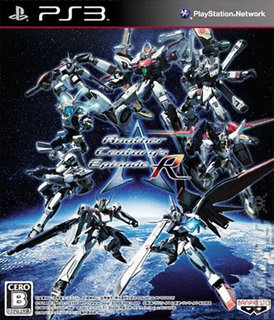 Ah, Japan. If it's not a Nintendo title at the top of the software chart, you can bet it's one that involves either anime ladies or giant robots.

Namco Bandai's Another Century's Episode: R satisfies that criteria pretty well, not only sporting huge battle mechs but situating them in space. No wonder it's #1 in this week's chart (16th - 22nd August 2010, courtesy Media Create).

The new entry has sent Wii Party, last week's #1, to second position. In fact, all of the games in the Top 10 that have been present longer than a week have fallen down the chart, mostly thanks to the debut of the Limited Edition version of Super Dimensional Game Neptune at #3. This game, for what it's worth, heavily features anime ladies with big boobs. Fighting creepy slimy monsters.

At least that's both sides of the Japanese audience mainstream largely catered for in this week's lineup of new releases. Maybe next week will see a re-entry of Love Plus or something.
Companies: Capcom Compile Hearts Level 5 Namco Bandai Nintendo SEGA
Games: Super Mario Galaxy 2 Wii Party