Committed to the game for quite some time after launch. 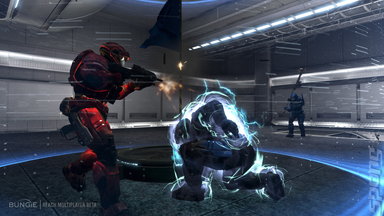 Bungie has revealed its commitment to provide additional content to Halo: Reach post-release - but rather than bonus campaigns, such DLC will more likely be in the form of its traditional multiplayer upgrades.

Speaking to VG247 during Gamescom, Bungie's Brian Jarrard said that "I think it?s safe to assume that we?re probably going to follow the type of model we have in the past, which would leave you to believe it?s probably multiplayer-centric."

Jarrard also revealed that it will continue to focus on Reach "for some length of time," but there's no plans as to what such future content will entail just yet. There will be a point in time where Bungie will eventually let go of the game and pass all duties to Microsoft.

?Whenever and however that finally does occur, both sides are equally vested in making sure that the game experience and the community experience is still top notch, and that nobody suffers through that," Jarrard reassured. Phew.
Companies: Bungie
Games: Halo: Reach