New iPhone project being made in spare time. 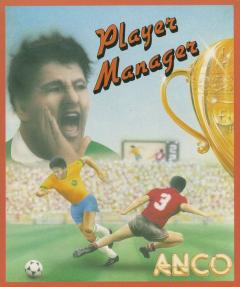 Kick Off creator Dino Dini has announced plans to return to Player Manager, 20 years after the release of the original game on the Amiga and Atari ST.

Writing on his blog, Dini reveals that all it took was for someone to say "I'll help" on such a project - that person ended up being a former 'apprentice' David Athay, who is currently working on the iPhone development kit.

"The game is going to be 2D for a few reasons. First of all, 3D is simply not as good as 2D for this kind of game. Secondly, I am using existing 2D graphics so that I don?t have to find an artist (at least for a while)," Dini explained. "Finally, I want to focus on gameplay as quickly as possible. This is going to be an iPhone game after all, I am not trying to compete with FIFA or PES in terms of graphics.

"I want to get going with creating the gameplay and tuning it, because that is what I love to do when I make a game: I focus on the gameplay above all else. It has worked for me in the past too: The graphics on KICK OFF were appalling. Yet it beat off all other games in the UK to win the Industry Dinner award for ?Best 16 bit product? in 1989. Yes, it even beat Populous. Perhaps there is a lesson there."

Don't expect the game to be done any time soon, though. "I am making a public statement that I am developing a new game, in part to make sure I actually do it. But I have no idea how long it will take at this time. It?s early days. About 21 or so in fact," writes Dini, after he reveals that the Player Manager revival is in effect a personal project, working in spare time.
People: Dino Dini
Games: Player Manager