Gamer Sues NCSoft for his Addiction 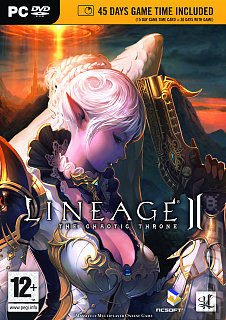 It was only a matter of time. A Hawaiian man has filed a lawsuit against NCSoft for "gross negligence" over its flagship MMO Lineage II, and a federal judge is allowing the case to proceed.

Plaintiff Craig Smallwood claims that the South Korean online games company should pay an unspecified amount of monetary damages due to his addiction to the game. He states that he has played Lineage II a total of 20,000 hours between 2004 and 2009.

Smallwood argues that he has become so obsessed with Lineage II that he is now "unable to function independently in usual daily activities such as getting up, getting dressed, bathing or communicating with family and friends." He adds that if he was aware he would become addicted, he would not have begun playing.

Because of this, NCSoft is argued to have “acted negligently in failing to warn or instruct or adequately warn or instruct plaintiff and other players of Lineage II of its dangerous and defective characteristics, and of the safe and proper method of using the game.”

A trial could very well take place, following the acceptance of some parts of the complaint by U.S. District Judge Alan Kay. "In light of plaintiff’s allegations, the court finds that plaintiff has stated a claim for both negligence and gross negligence,” Kay ruled.

Neil 25 Aug 2010 05:54
4/4
Id say I do not believe it, but then it is in America. It would be nice if for once someone like this would take responsibility for their own life instead of suing because they are a dumb ass.
Posting of new comments is now locked for this page.