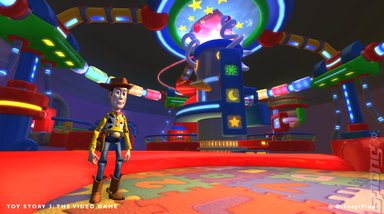 Toy Story 3 continues its reign of the UK all-format software chart this week, sticking to the top spot for its third week despite a 17% sales drop. The game it usurped last week, StarCraft II is not even in the Top 10.

Having said that, the publisher's other blockbuster game, Call of Duty: Modern Warfare 2, is but one week away from overtaking Dr. Kawashima's Brain Training as the biggest selling game ever in the UK. Today, the shooter drops from #2 to #8 and sees a 41% plummet in sales.

While Disney's movie tie-in enjoys one of the lengthiest #1 occupations of the year, the rest of the chart shuffles about a bit with Red Dead Redemption shooting up to #2 and LEGO Harry Potter whizzing to #4, up three and four places from last week respectively. Nintendo's Art Academy has surely seen the biggest sales boost, with a 205% surge following an avalanche of high-profile advertising. It debuted at #28 last week - now it's at #5. Nice one, Nintendo.