Gamescom May Get Evicted 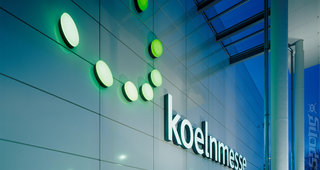 The organiser of the upcoming Gamescom event in Germany, BIU, has been threatened with possible eviction by the owners of the event's venue (named Koelnmesse), Oppenheim-Esch.

BIU's managing director, Olaf Wolters, had this to say regarding the ongoing dispute:

"We expect that the fair will open its gates and that Gamescom is not affected by provisional measures.

"Despite all the threatening gestures, we expect that any legal skirmish will play at most off the Gamescom [venue] between the city and the site owner. The owner can't have an interest in a cancellation of the show, since he himself bears a significant risk of liability."

Oppenheim-Esch in a letter from the company's shareholders and reported by German newspaper DIE WELT added that "The Board was authorised to embark on any procedural way. This includes specifically the withdrawal of the use of the halls of the Cologne fair,". This is in addition to the lease that Koelnmesse has stopped paying on the property which is reported to amount to ?20.7 million per year.

The event's organisers had said that the Gamescom event will still go ahead as planned but the dispute between Oppenheim-Eschm, the city of Cologne and Koelnmesse continues.