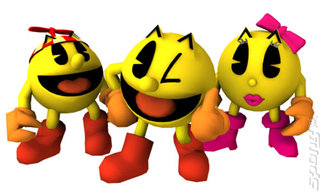 The founder of Namco, Masaya Nakamura, was inducted into the International Video Game Hall of Fame over the weekend, joining other dignitaries such as Shigeru Miyamoto and Nolan Bushnell.

At the same time, iconic gaming character Pac-Man was also included into the Hall of Fame, and currently stands as the only game to be included on the "Class of 2010." It's just as well really, given that this year is the pill-chomping runner's 30th anniversary.

Nakamura established his company, then called Nakamura Manufacturing Ltd, in 1955 with the intention of building kid's amusement rides. That soon became coin-operated arcade machines with the name change to Namco and the acquisition of Atari's Japanese division. The rest, as they say, is history.

The founder has received numerous honours in the past - perhaps the most prestigious being the highest accolade from the Japanese government, the Order of the Rising Sun (Gold Rays with Rosette class) in 2007. So we say it's probably about time he ended up in the IVGHoF, right?