As does Call of Duty and Dance on Broadway 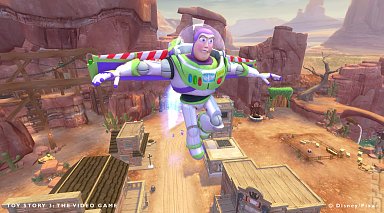 Starcraft II's reign at the top of the UK games charts was a short one. It's fall from top spot, a big one as it's now sitting below Toy Story 3, Call of Duty: Modern Warfare 2 and Dance on Broadway.

That's right, Starcraft Blizzard from Activision-Blizzard lasted one week at the top of the charts. But Activision stockholders might not have that much to fret about. According to Chart-Track, which compiles the chart, "A general renaissance of the PS3 version of Call of Duty: Modern Warfare 2 means that the Activision Blizzard multi-format title storms back up to No2 overall (+21%), a position it has not reached since week 3 this year.

"Ubisoft's Wii Dance on Broadway moves up one place to No3 (-4%) and last week's No1 is now No4, the aforementioned Starcraft II (-72%). Rockstar / Take 2's Red Dead Redemption drops to a lowest ever position of No5 after 12 weeks on chart (-19%). There are 2 new entries this week. The first is Nintendo's DS Art Academy debuting at No28 and the second is GSP/Avanquest's Hidden Mysteries: Titanic at No32 (+64%) thanks to the launch last week of DS/Wii versions, of which the DS version is up 70% over last week, accounting for 80% of overall sales (PC version launched week 2 this year)."