UK Game Charts: Woody Kicks the S*hit Out of Crackdown 2

You're my favourite deputy! 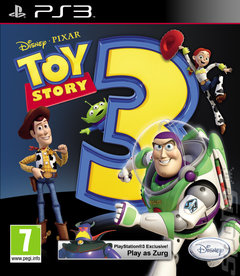 There's a snake in my boots! The popularity of the shockingly awesome Toy Story 3 has led to the tie-in computer game to jump from #5 straight to #1 in the UK all-format software charts (courtesy GfK Chart-Track). That's a +78% increase in sales from last week, and the first #1 Disney has enjoyed since 2007's Pirates of the Carribean: At World's End.

On the other side of the coin, Crackdown 2 has plummeted to the very bottom of the Top 10 after sitting at the very top for the last two weeks.

Rockstar's Red Dead Redemption also leaps up the chart this week, from #4 to #2, while Tiger Woods PGA Tour 11, Super Mario Galaxy 2 and Just Dance all manage to climb up the Top 10 as well.

The only new entry this week is in Square Enix's Dragon Quest IX: Sentinels of the Starry Skies. The Nintendo DS RPG debuts at #9, which is impressive but a far cry from its introduction to Japanese stores a year ago, where it went straight to #1.

Chart-Track notes that while Modern Warfare 2 has slipped out of the Top 10 - for only the second time in 37 weeks, mind - it is quickly approaching the UK all-time unit sales record, which is a title currently held by Dr. Kawashima's Brain Training on the Nintendo DS. Let's place bets on how many weeks it will take for the game to snatch that record from Nintendo...