EALA studio's issues now behind it. 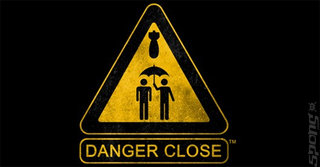 The Electronic Arts team behind the Medal of Honor reboot has re-branded itself 'Danger Close,' to create a stronger identity amidst the larger net of teams within the EA Los Angeles studio.

Executive producer Greg Goodrich told Gamasutra that the name represents the pushing of boundaries and taking chances. He noted that the EALA studio has seen some rough times in the past, and that this rebranding of the Medal of Honor team marks closure on those problems.

"For us, rebooting Medal of Honor and taking it out of World War II into the current fight in Afghanistan is a lot like what we've done with the studio," Goodrich said. "It's a refresh. It's an opportunity. It's a way to get our own identity." That identity will make Danger Close Games stand out from the other teams currently in the EALA studio, which include a mobile team, music game-oriented team and a real-time strategy team.

"The deeper meaning of Danger Close is, that, yeah, we got through those times, but we've come out of it. We've got a great game we feel is going to do well," Goodrich added. "For our team, 'danger close' is about pushing the boundaries and taking chances on telling a story we felt needed to be told. It may be controversial, but we felt it needed to be told, and we're telling it with respect and authenticity, to shine a light on these guys."
Companies: Danger Close EA LA
People: Greg Goodrich
Games: Medal of Honor