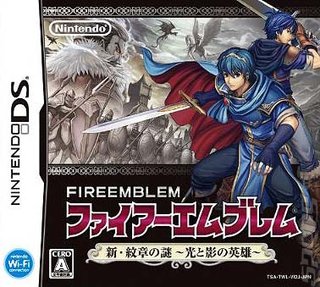 Sales are looking healthy across the board in this week's Japanese Software Chart (12th - 18th July 2010, courtesy Media Create), thanks to a wave of hot new releases on several platforms. It has resulted in a close race for the #1 spot, with the latest Fire Emblem just inching ahead of a new Dragon Quest Monsters spinoff.

Even Konami's brand new baseball title on the PlayStation 3 isn't that far behind Square Enix's Wii entry, clocking up 120,199 units to Dragon Quest Monsters' 135,783 units. In weeks where the Japanese software chart has seen new titles debut, the #1 spot is usually tens ? in not hundreds ? of thousands of units ahead of its nearest competition. Fire Emblem managed 136,367 units.

The only games still standing from last week include former #1 Wii Party, Level-5 favourites Inazuma Eleven 3 and White Knight Chronicles 2, and Harvest Moon: Twin Villages. Everything else is brand new, and even Hudson has managed a Top 10 entry with Momotarou Dentetsu Tag Match: Yuujou ? Doryoku ? Shouri no Maki debuting at #10.