It makes for a longer than normal sales cycle. 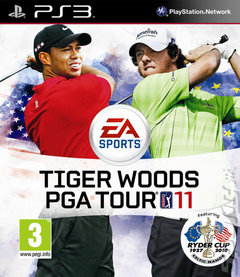 The latest Tiger Woods game from EA Sports has been performing about as well as Tiger himself at the British Open (not very well, non-golf fans) but that hasn't stopped EA from trying to chip the franchise out of the bunker of 'Meh'.

EA Sports PR lady, Katherine Coulthart, has purview of Tiger, and she has told Fox, "He has not won a tournament in 2010. However, Tiger is well positioned to take advantage of a longer than normal sales cycle with the Sony Move controller coming out in September as well as the interest in the upcoming Ryder Cup ? which is a key feature in Tiger Woods PGA Tour 11."