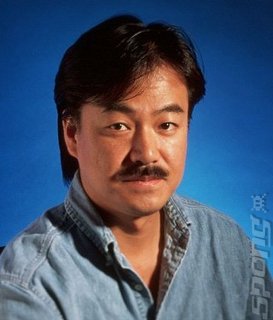 Japanese gamers have been up in arms since last week over fears that Final Fantasy creator Hironobu Sakaguchi will retire from the video games industry. Turns out it was all a misunderstanding.

A post written by the developer appeared to suggest that his latest work, The Last Story, would be his last. Since then Sakaguchi has provided an English translation of the aforementioned post, which you can read here.

In it, he mentions how the amount of energy and effort spent on the Wii RPG made him feel like "this is my last work." Although, it seems that he was simply writing in figurative terms.

"The energy poured into this project by the development team and I are 120%," reads the translation. "I?m hoping you can understand that, however on the other hand, I feel worried and nervous like sending my child on a trip alone. Emotionally it feels like this is my last work, while pouring everything I have gotten into this project.

"Never regret, but now "I?m enjoying"; furthermore, aiming towards completion. The sense of ?This is it? relaxes my shoulders, its pleasant feeling to conduct an orchestra by the sense of my intuition."

It seems, on the basis of this post, unlikely that Sakaguchi will retire from creating video games. With such an avid legion of fans following him however, it's understandable that people are going to be hanging on his every word and interpreting it in various ways.