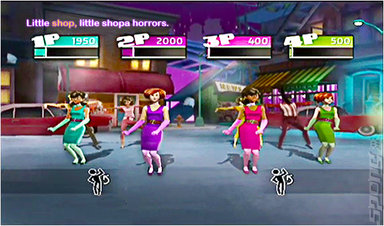 Crackdown 2 took the UK GfK Chart-Track all-formats Top 10 by storm last week, and today it continues to do so as it clings on for a second week. With a 36% sales drop, it manages to beat the incoming Dance On Broadway by a mere 800 units.

Ubisoft's latest dancing game seems to be having the same rise in fame as its spiritual predecessor, Just Dance, by rising two places to claim the #2 spot. Just Dance is still in the Top 10 too, sitting pretty at the bottom of the chart. Dance On Broadway's popularity has shifted Lego Harry Potter and Red Dead Redemption down a place to #3 and #4 respectively.

The rest is as you'd expect, with the exception of the only new entry in the chart with Toy Story 3. That debuts slap-bang in the middle of the Top 10, pushing everything else down a rank. In terms of price promotions, Alan Wake benefitted from a 98% sales boost and leap from #23 to #11, while Bioshock 2 saw similar success with a 97% jump and a chart ranking of #12 from #24.
Companies: Activision Disney Interactive Electronic Arts Microsoft Nintendo Rockstar Ubisoft Warner Brothers
Games: 2010 FIFA World Cup South Africa Crackdown 2 Dance On Broadway Just Dance LEGO Harry Potter: Years 1-4 Modern Warfare 2 Red Dead Redemption Super Mario Galaxy 2 Tiger Woods PGA TOUR 11 Toy Story 3