The team is 'realigning' its resources, apparently. 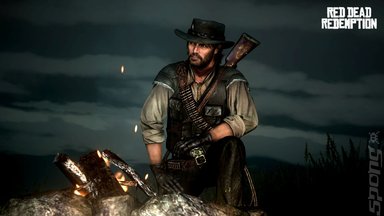 Rockstar San Diego's studio manager, Steve Martin (no, not that one) has responded to rumours of a 40-staff strong layoff, saying that the team is "realigning our resources" as it makes the transition from Red Dead Redemption's completion to future projects.

The rumour sparked up on Kotaku, which reported that a "significant" number of Rockstar San Diego employees had been "axed," two months after the release of the Western sandbox hit. The blog cites multiple sources close to the matter.

But Martin has released a statement aiming to take the edge of the rumour, writing that "as is typical with game development, our team sizes have always fluctuated over the course of the development cycle. As Rockstar San Diego transitions from the launch of Red Dead Redemption onto future projects, we are realigning our resources in order to continue to develop games as effectively as possible.

"We are ensuring that all employees who are affected by these changes are being treated with care. While we have no announcements to make regarding a sequel to Red Dead Redemption, the team here are hard at work on the development of downloadable content for the game."

You will notice, however, that there's no denial in there that 'realignment of resources' includes layoffs.
Companies: Rockstar San Diego
People: Steve Martin
Games: Red Dead Redemption