It's like your PS3 has gone forward in time. 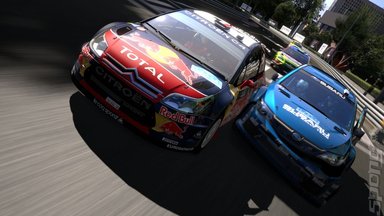 Gran Turismo 5 is finally coming out in November. Now we get to see the fruit of Polyphony Digital's labour of love, and according to studio boss Kazunori Yamauchi, his latest work is so advanced it could be considered a PlayStation 4 game.

Speaking with Official PlayStation Magazine (via CVG), the developer with a penchant for perfection said "The level of precision we've achieved is actually more suited to the next generation of machines."

He added that the "detail that goes into [the 200 'premium' car] models [have] gone beyond the level of the current PlayStation." That's some trumpeting of your high-profile racing game there, Kaz. But still, at least he didn't actually delay the game until the launch of the PS4.

According to the latest issue of OPM, the damage modelling is rather exquisite, with the ability for newer cars to "near-disintegrate." Marvellous. We'll have to see if the game feels super-futuristic when it arrives in November, then.
Companies: Polyphony
People: Kazunori Yamauchi
Games: Gran Turismo 5