New Spore Project to be Unveiled at Comic Con 2010 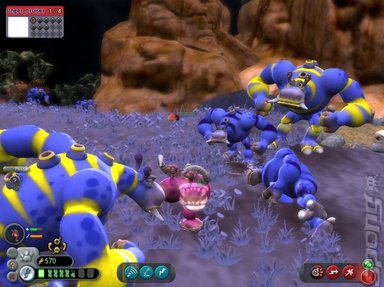 Will Wright's studio, Maxis, has just announced a new project in the form of "a brand new, Sci-Fi Action-RPG based on the DNA of Spore." That's according to the San Diego Comic Con's website, and if you attend you'll be among the first to see it revealed to the public.

This wouldn't be the first time that Maxis has expanded on the core Spore experience. Last year saw a PC add-on pack titled Galactic Adventures, which included all kinds of interplanetary space travel and wacky missions to boot. It's unknown whether this new project will be an add-on pack or something of a spinoff.

If you hit Room 3 in Hall H, at 6:00 (we're assuming that's 'pm') on Saturday 24th July, you'll be able to find out. Key leads from the Maxis team will be present to showcase the game for the first time, including Thomas Vu, Paul Sottosanti and Lauren McHugh. Go and check it out.
Companies: Maxis
Games: SPORE