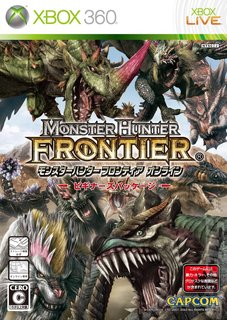 Stop the presses! This week's Japanese Software Chart (21st - 27th June 2010, courtesy Media Create) has been overrun by a surprise wave of new releases, all of them typically anime-adventure based or romantic in nature. The biggest shock is that the #1 spot has been claimed by an Xbox 360 title.

Capcom's Monster Hunter Frontier Online proves that Microsoft can make a splash in Japan, provided it can help market and release the right kind of hits for the region. The entire Top 10 is a defiant middle finger to Western tastes, after past months have seen Grand Theft Auto and the Gears of War-inspired Lost Planet 2 hit the chart.

With the exception of Super Mario Galaxy 2, Ghost Trick and Art Academy (and even then the latter two are only enjoying their second week on store shelves) everything is a new release, from domestic JRPG powerhouses such as Gust, Aquaplus and Asgard. Konami's sequel to its creepy female-dating sim, Love Plus, debuts at #2 but challenges Monster Hunter well for the top spot.