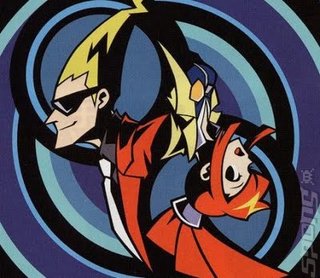 Capcom's Ghost Trick debuts well at Number 2 ? and rightly so, given that its development was led by the same chap behind the Phoenix Wright series. General hobby game Egokoro Kyoushitsu DS allows you to enjoy the fine art of... erm, art, and paints itself into third place in this week's chart.

Other new releases reflected here include a Tamagotchi game for the Nintendo DS and an adventure game from animé-RPG studio Idea Factory. World Cup interest seems to have helped boost sales of Konami's latest Winning Eleven title, with the PS3 version jumping up to Number 7 and the PSP iteration re-entering the Top 10.

Japan's in the last 16 of the World Cup this year, as it happens. We want them to do well, but we're also interested in how sales of Winning Eleven will look like if the country gets knocked out of the tournament. A disaster, surely...
Companies: Capcom Idea Factory Konami Namco Bandai Nintendo Take 2
Games: Ghost Trick: Phantom Detective Grand Theft Auto: Episodes from Liberty City Super Mario Galaxy 2