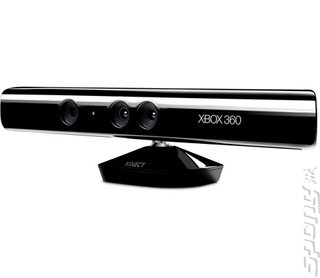 Microsoft didn't exactly fire the flames of imagination when it showcased its Kinect peripheral at E3 this year. But Sega is reportedly working on a "hardcore" game for the device, to arrive late next year.

President for Sega West, Mike Hayes, told CVG that the creation of "sophisticated" games is more than possible, and that the disappointing showing at E3 amounted to a lack of development time. "I think [the idea that the Kinect launch let the hardcore down] is a little harsh. The dev kits we've had to work on have been exponentially improving over the period we've had them. The amount you can do out of the blocks is actually made pretty tricky.

"My guess is when we're at E3 next year, more of the features of Kinect will be in use by developers. I think you'll find more clever and sophisticated applications then. It is a reasonably complicated piece of kit, therefore it's going to take us longer to use all of those aspects in a game. We're not going to be able to develop something [for the hardcore] in under a year, which is frankly what we've had."

Hayes added that a team formed of members from the old Sega Racing Studio has been hard at work experimenting with Kinect, and that we will see this title before or in the start of 2012.
Companies: SEGA
People: Mike Hayes