Publisher will wait for the right time for Move and Kinect. 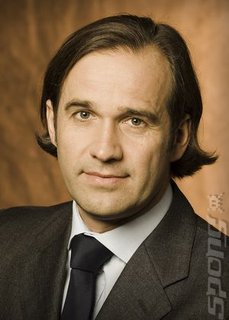 E3 was the showcase for a lot of new hardware, be it Microsoft's Kinect, Ubisoft's bizarre Battle Tag or Sony's PlayStation Move. But the one that gets Activision's COO Thomas Tippl's juices going is Nintendo's 3DS handheld. In fact, he thinks it's brilliant.

"I was particularly impressed by the 3DS, and it got a great reception. It's a brilliant product. Nintendo's figured out the glasses--or the lack thereof--are key. The integration of the 3D camera was a brilliant move," Tippl told GameSpot. "And if they also address the piracy issues they have and upgrade the copyright protection system, I think it's going to be a big success and draw publisher interest to put more resources against publishing a game in this platform."

Activision has already announced DJ Hero for the upcoming Nintendo device, and more announcements are along the way. But not a peep has been made regarding Kinect or Move products from the publisher. Tippl says it's a matter of "priorities."

"Down the road, as we see an install base emerging on these new innovations and user interfaces from Sony and Xbox, we will have certain games for which they will be suitable and open up new ways to innovate and enhance the user experience," he added. "You can see games like Tony Hawk would be obvious. Or in a fishing franchise from Rapalla, this type of [feature] could really enhance the experience."