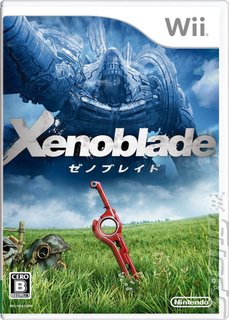 Xenoblade handily grabs the #1 spot in this week's Japanese Software Chart (7th - 13th June 2010, courtesy Media Create), and along with the continued success of Super Mario Galaxy 2 helps make up for half of the six Nintendo platform titles that sit in the Top 10.

Some interesting new entries have popped up in Japan this last week too, with Grand Theft Auto: Liberty City Stories debuting very well at #3. The growing acceptance of Western titles in Japan may have gone some way to the expansion disc's success.

Square Enix's acquisition of Eidos has allowed it to publish Just Cause 2 in the region as well ? that enters the chart at #6. A Mega Man compilation makes up for the remainder of Top 10 new entries.