Not a publisher, a platform 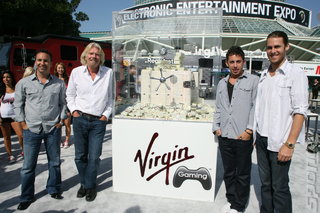 Loadsa Munnnnny!
Just like the 1980s, Richard Branson was out and about yesterday flashing loads of money at E3 and 'revealing' Virgin Gaming, "an online destination for competitive console gamers."

In short, it's a mix of PSN and Xbox Live then but run in concert with WorldGaming.

Not only did Branson announce the company he then showed off an armoured truck with $1-million in cash in it.

This is because "over the next 12 months Virgin Gaming will run a series of big prize tournaments with cash payouts totalling $1-million".