Shocking news for the perfect game 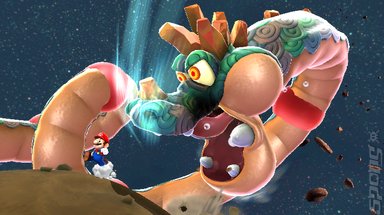 Despite Super Mario Galaxy 2 receiving across the board critical acclaim, and being new and having a huge marketing push and being for the Wii... it has not knocked Red Dead Redemption off the UK Number 1 slot for week 23 of 2010's charts.

This is also despite RDR dropping some 34% in sales compared to last week.

Realistically, that's the big news. Chart-Track, however, does point out that:

"It was tight at the top with just over a thousand sales between the two, but the critically acclaimed ?Super Mario Galaxy 2? failed to take the top spot in the All Formats chart, settling for No2. As the World Cup begins this week EA?s tie-in ?2010 FIFA World Cup South Africa? (-11%) slides down to No3 followed by Nintendo?s ?Rooms: The Main Building? (+76%) which has jumped up the charts from No12 to No4. Two Wii titles are next with Ubisoft?s chart regular ?Just Dance? (-27%) at No5 and Nintendo?s fitness sequel ?Wii Fit Plus? (-33%) at No6. Activision Blizzard?s ?Call of Duty: Modern Warfare 2? (-27%) remains grounded at No7 for a third week in a row, with EA sim expansion ?The Sims 3: Ambitions? (-40%) moving down to No8."


Charts Week 23
Last week in brackets at start.
Weeks on chart at end.