New Dreamcast Bundle for the UK

Dreamcast bundle too good to resist. 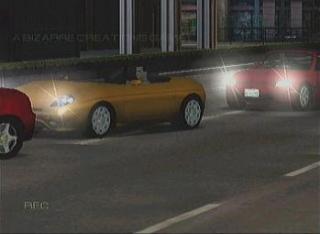 Metropolis Street Racer
All Images (3) »
Two weeks ago, the price of a Dreamcast dropped stateside to just $79.95, (Ł50) and speculation began about similar price cuts in the UK. Big Ben Interactive, the distributors of the machine have decided to keep the price fixed at Ł100, but are introduced a new three game bundle pack.

This move is designed to aid the sell-through of the last remaining Dreamcasts in commercial channels. One hundreds pounds will buy you; a powerful but ill-fated console with Internet access, a controller, a visual memory unit, Metropolis Street Racer (MSR), Virtua Fighter 3, and Jet Set Radio.

MSR is a high-speed racing game set around accurately modelled cities of San Francisco, London and Tokyo. Players can earn kudos points for race wins and cool manoeuvres, kudos points can be traded in for new tracks or cars. Virtua Fighter 3 is a precise and realistic fighting game with literally thousands of moves, parries and counters. Jet Set Radio is a stylish, futuristic rollerblading graffiti game that is impressive with both its visuals and gameplay.

It is worth bearing in mind that the number of games being released for the Dreamcast is reducing weekly, but the back catalogue of AAA titles plus forthcoming titles like Virtua Tennis 2 and Shenmue 2 mean that there are good times to look forward to.
Companies: SEGA
Games: Jet Set Radio Metropolis Street Racer Virtua Fighter 3tb