Hope you're not planning on going back to college this year. 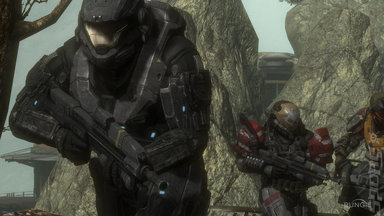 Bungie has announced that Halo: Reach will be launching worldwide on the 14th September - except in Japan, where it will be released a day later.

The date reveal followed positive statistics collected from the game's Beta, which began on the 3rd May and concluded last Thursday. Over 2.7 million people logged on during the course of the testing phase, with more than 16 million collective hours racked up and 1.1 billion kills logged.

Bungie's community director Brian Jarrard said; "It's exceeded our expectations. Our only real perspective going into this was the 'Halo 3' beta test, which had about 800,000 people. We knew there were a couple million copies of 'ODST' out there, but we really didn't have any specific information that let us know what the population might be like."

Information and feedback gathered from the 18-day stress test will be used to tweak and reinforce the online multiplayer service.
Companies: Bungie
Games: Halo: Reach