Harmonix Wants U2 for Game 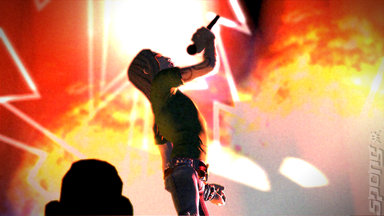 Harmonix has posted a poll on its forum that asks Rock Band fans what artist they would like to see feature in a dedicated edition of the music series.

Following The Beatles: Rock Band and the upcoming Green Day: Rock Band, it could well be that the developer is having a bit of fantasy fun and throwing some wild suggestions into the air. The poll choices include The Eagles, Led Zeppelin, Pink Floyd, Queen and... er... U2.

It doesn't seem that Harmonix is in negotiating stages with any of these bands however, as it adds a disclaimer to the poll that reads; "This poll is not an indication, implication, hint, suggestion, guarantee or promise that Harmonix is going make games based on any or all of the bands listed in this poll."

Which is just as well really, because Pink Floyd aren't likely to do it, Led Zeppelin has pretty much made it clear they want nothing to do with it, Queen's been done a million times before in music games, and The Eagles - save a huge surge of interest in the poll - doesn't have the clout.

Meaning we'd all have to suffer a U2: Rock Band game. And that just doesn't bear thinking about.
Companies: Harmonix
Games: Green Day: Rock Band