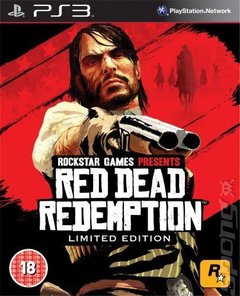 Somebody put a Wanted poster up for Red Dead Redemption - Rockstar's open-world Western has enjoyed huge demand and unprecedented sell-outs to reach the #1 spot in the UK all-format software chart (courtesy GfK Chart-Track). It marks the second #1 for Take 2 this year (BioShock 2 being the first) and the first Rockstar win since GTA IV's launch in 2008.

It's been a good week for new releases in general this week, with Disney's Split/Second: Velocity entering the Top 10 at #5, Prince of Persia: The Forgotten Sands complementing the Sands of Time movie release at #9 and Sony's ModNation Racers creating a space for itself at #10. The continued presence of 2010 FIFA World Cup, Lost Planet 2 and Alan Wake help keep the Top 10 fresh.