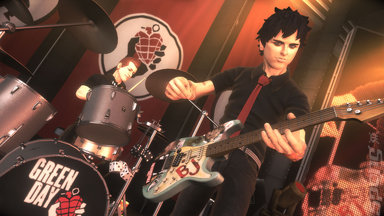 Admitting to the decline, he tells MCV, "Yes, when you look at share year-over-year, it is in decline. But what has happened is that people now have the plastic peripherals in their homes. You could argue the instruments should never have been part of the share in the first place, because in terms of software our business was up 73 per cent yearon- year. I believe that was also the case with Guitar Hero."

Good to know that MTV can pull Activision into the fray as well.