Capcom Moving Away From Western Development

Fresh IP will be created in Japan in future. 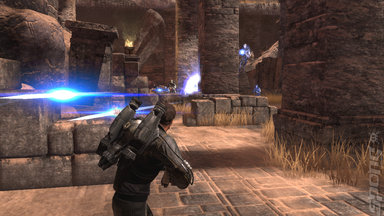 Capcom president Haruhiro Tsujimoto has revealed that the publisher will no longer look to Western developers for fresh IP. New brands will be created in Japan, while foreign studios will be responsible for ports and sequels.

It's a stark contrast to the company's stance a couple of years ago, when it was adamant that Western input could help shape its fortunes. Some misfires with Dark Void and Bionic Commando, on top of a disappointing financial report has encouraged it to think otherwise.

Dark Void was developed by California-based Airtight Studios, while the Bionic Commando reboot was led by now-defunct Swedish outfit GRIN. Both games were blamed for "sluggish" sales over the fiscal year.

Despite the move away from the West, Dead Rising 2 is still being developed by Canada-based Blue Castle games, and Capcom is still looking to outsource projects, with the latest being a collaboration with Korean developer NeoWiz to create an online Mega Man game.

Why did they choose Grin, and Airtight Studios, what have they made before, that's good enough to justify their choice?

Dark Void could have spent more time in development and was cool enough concept wise, but it already had plenty of delays. I think it could have been a better game, with another stronger developer behind it. Its flaws unfortunately weren't noticed by Capcom, who have little experience in the creation of such western games. The same could also be said of Bionic Commando.

All they need to do is tread carefully in future, and perhaps invest in a western developer/publisher like Square, so they can get more hands on, instead of distancing themselves through outsourcing.