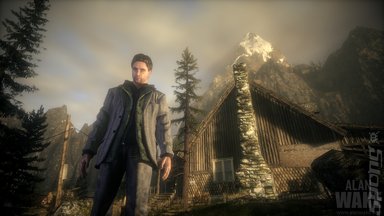 We're a nation of football fans, and this week's UK all-format software chart (courtesy GfK Chart-Track) aptly reflects this, as 2010 FIFA World Cup South Africa defiantly sits unmoved at the #1 spot. This is despite a -42% sales drop and some fierce opposition from three new entries to the Top 10.

Xbox 360 exclusive Alan Wake comes the closest at #2, with only 1,000 sales behind FIFA. Capcom's Lost Planet 2 benefits from being released on a Tuesday rather than a Friday by debuting at #3. The third new entry to the chart is EA's Skate 3, which ollies into #5 with relative ease.

Ubisoft's Just Dance (-19%) best represents the Wii this week at #4 - it's lowest position for seven weeks. Nintendo's own Wii Fit Plus and Wii Sports Resort haven't left the Top 10 since release, and this week settle at #9 and #10 respectively.

Price promotions help fuel some re-entries too, with Final Fantasy XIII jumping from #14 to #8 following a +90% sales increase. The effect on retail promotions for Modern Warfare 2 (-14%) starts to wane as the shooter slips to #7. Its rival Battlefield: Bad Company 2 sees a rise of +5% at #6.