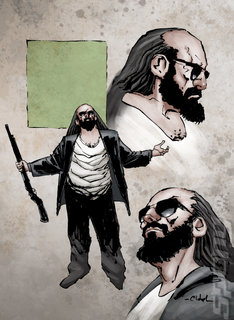 IO Interactive has announced that it is teaming up with DC Comics' Wildstorm imprint to produce a Kane & Lynch comic.

The series, which will wade through its stars' criminal past, is written by British scribe Ian Edginton. His past credits include licensed properties such as Doctor Who and Torchwood, Aliens, Predator, Terminator, Planet of the Apes, Star Wars and Star Trek, as well as superhero series such as Stormwatch PHD and The Establishment. He's quite good.

Chris Mitten, who has drawn Wasteland, will handle the comic's guts. Ben Templesmith, whose past work includes 30 Days of Night, Fell and most recently Choker, will handle covers.

The series will kick off in August. We've got some concept artwork in the gallery.