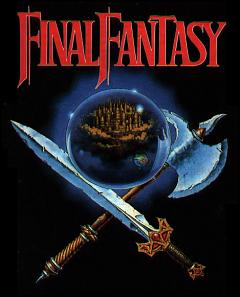 It's the Virtual Console release many people have been waiting for - tomorrow, the Hanabi Festival begins once more, with the release of the original Final Fantasy on the Famicom.

The 8-bit classic has only been available in Europe since 2003, via remakes and re-releases. Naturally, it will be a form of the North American version released in 1990 that will be made available tomorrow, but it's not like we're complaining here.

The Hanabi Festival - where previously unreleased games from the past are made available on Virtual Console - is our favourite time of the year, and Final Fantasy only adds to the reasons why. The game will set you back 600 Nintendo Points.

Joining Final Fantasy is the WiiWare game Pub Darts (500 Points), where you get to use the Wii Remote to mimic throwing motions in order to come out on top in games of 501, Cricket, Killer and Baseball.