It's a lucky old industry 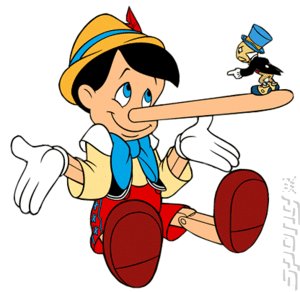 "Seriously, we found them on the street."
In what appears to be a slight change of tone regarding the signing of fired Infinity Ward heads Vince Zampella and Jason West in their new, Respawn Entertainment guise, EA has now said that the deal 'fell into our laps".

Head of EA Games, Frank Gibeau states in a recent interview, "The fact that we were able to take advantage of an opportunity that came our way and partner with Respawn and create a relationship with them has been spectacular, something that we're very excited about. It's a key part of how we're growing our EA Partners business going forward.

"That was something that fell into our laps, after they were terminated and announced they were free and independent, and we went for it. The fact that those guys are doing what they're doing, we're very excited."

Not according to EA Partners, David DeMartini who said this last month, "From EA's perspective, obviously when we heard there was such an attractive free agent out on the marketplace we jumped at the opportunity."

Indeed, even Vince Zampella states that the deal with EA was rather more than happenstance, "We were trying to figure out what we wanted to do and all the major publishers around the world started sending us emails and our phones started ringing. So we got a lot of offers and we looked at them and the EA Partners deal gave us the independence and freedom and respect for our culture that we thought would allow us to make great games and get back to what our passion is and what we love to do. And we have seed capital and a publishing deal now, so it's time to hire a team."

So, as ever, who do you believe in this crazy world of video games business speak? It also saves on having to disclose the deal amount.
Companies: Electronic Arts Infinity Ward Respawn