Games keep you awake for longer, but only if you have issues apparently. 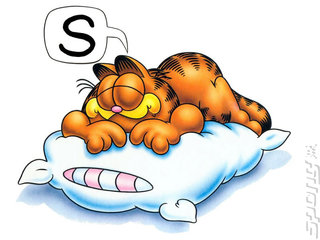 One of the greatest questions in gaming has finally been answered - Grand Theft Auto IV does not cause insomnia. The shocking revelation comes as Dr. John Cline, Ph.D. explores the effects on late-night video gaming on teenagers' sleep patterns.

Apparently, it was concluded in past research that late-night gaming "contributed to later bed times, decreased sleep and greater daytime fatigue." A recent study by Weaver and colleagues, reported in the Journal of Clinical Sleep Medicine, took a group of teenagers and tested their awareness levels in two different activites.

One group played Call of Duty: Modern Warfare and the other watched the DVD March of the Penguins. After two weeks the groups switched activities. The results were that those playing the game showed an increase in sleep latency of about 7.5 minutes compared to the movie watchers, where four people fell asleep during playback. "Neither the videogame nor the movie significantly affected physiological arousal but the videogame did mildly increase cognitive alertness," Cline writes.

The conclusion is that, while playing games does appear to have an effect in keeping players awake for longer, it poses no real detrimental symptoms in those that maintain a regular normal bedtime with no other sleeping problems. "For these teens moderate, nighttime videogame playing does not seem to be a major concern," Cline writes.

"So parents should help their teens limit their game playing to a reasonable amount of time, and to go to bed at a reasonable time. For teens with significant sleep difficulties, however, videogames may represent a greater concern. But Grand Theft Auto does not necessarily steal a teen's sleep!"

Phew! Now, what about Just Cause 2..?
Games: Call of Duty 4: Modern Warfare

Daz 30 Apr 2010 12:40
1/1
the test was flawed, how about giving them something good to watch? I can go to sleep without playing a game until god knows what time, but I need the TV (usually a DVD) on
Posting of new comments is now locked for this page.