The craziest game you may ever play 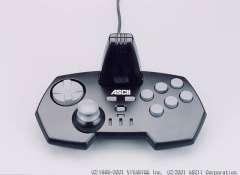 All Images (2) »
The virtual pet has always been a popular concept, ever since Tamagotchi hysteria swept the country. Virtual pets can be addictive and give children an idea of the responsibility involved with a real animal. Crazy Pet-Doctor?s Experiment Island: The Forbidden Seaman is the first pet simulation to be developed for the PlayStation 2. Seaman was originally released on the Dreamcast in Japan only.

Forbidden Seaman is as crazy as it is original. Seaman is a fish with a man?s head, and not only can he talk, but he can carry out conversations. You raise Seaman from an egg and nurture his growth. Slowly, he learns to speak and using a controller with a built in microphone you can respond. He might ask you what your favourite consoles are, don?t mention Microsoft. Seaman is a character in his own right and even has a dry sense of humour.

Breeding, feeding, attention, cleaning and talking are all aspects of Forbidden Seaman. New features for the PS2 version include new environments that will affect the growth of your creature and improved voice recognition.