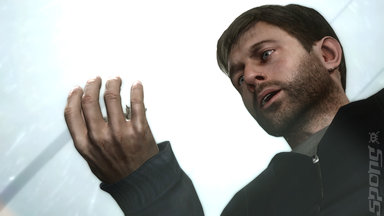 Acclaimed developer and Doctor Who game consultant, Charles Cecil, has been playing Heavy Rain. His opinion on the game is mixed - on the one hand "a work of absolute genius," while on the other hand "deeply flawed."

A man with several classic adventure games under his belt, Cecil was asked in a recent interview why he felt that Heavy Rain wasn't exactly computer game material; "Without spoiling anything, you discover something at the end that?s incredibly important about one of the characters you?ve been playing, which creates an incredible disconnect between the audience and the character ? and I think that is deeply, deeply flawed.

"It would have worked in a film, it?s a great film technique but it should never have been brought over to games, and David [Cage] and his team should have probably seen that. But I do think it?s a brilliant game."

What could he possibly be talking about? Well er, in the interests of not spoiling it for those who haven't played the narrative-heavy game, we won't exactly say. But we can't exactly say we disagree, really.