Splinter Cell and Just Dance continue to hold on to the top. 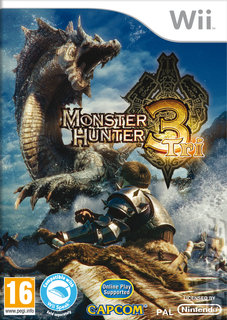 Ubisoft holds on to the two top spots in this week's UK all-format software chart (courtesy GfK Chart-Track), with Splinter Cell Conviction (-46%) and Just Dance (-31%) maintaining its #1 and #2 positions respectively. Capcom and Nintendo's Monster Hunter Tri also has a good debut, hitting #5 and enjoying the most successful launch in the series.

There seems to be little change in the Top 10 besides Capcom's team-based beast slayer, with the PS3 and PC versions of Rockstar's Grand Theft Auto: Episodes From Liberty City (-31%) holding strong in third and Wii Fit Plus (-3%) climbing up to fourth. Modern Warfare 2 also leapt a place to #8, such is the power of Infinity Ward's beast.