Publisher now owns all rights to Lord of the Rings games. 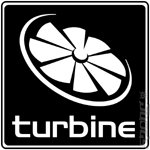 Turbine Inc, the studio behind Lord of the Rings Online, Dungeons and Dragons Online and Asheron's Call, has been acquired by Warner Bros. Interactive Entertainment. The deal gives the growing publisher rights to all future computer games based on J.R.R. Tolkien's Lord of the Rings saga.

Warner Bros. already had a license to develop non-internet-based Tolkien games, but Turbine holds an exclusive license to make online games based on the Lord of the Rings novels. With network gaming its specialty, there's scope for Warner Bros. to explore the MMORPG genre in the future too.

And online gaming is definitely on the company's agenda. Warner Bros. Interactive Entertainment's president Martin Tremblay revealed that "we will, for sure, in the future expand that platform to much more new product."

Turbine's certainly pleased with the acquisition. "I view this as Hollywood coming to Boston," said chief executive Jim Crowley, adding that the business will bring added attention to the local area.