Will have a different feel to past titles. 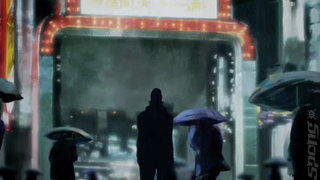 When Yakuza 4 was released in Japan, Sega announced a brand new title in the series, codenamed Project K. Thanks to the latest issue of Famitsu, we know that the game will be hitting the PlayStation Portable.

Series director Toshihiro Nagoshi revealed in an interview with the Japanese magazine that this portable game will be set, like past Yakuza games, in the fictional district of Kamuracho but will have a different image from the rest of the series.

Because of this, the developer is unsure whether the game's name will bear the Ryu ga Gotoku (the Japanese name for Yakuza) moniker, or even if it will be used in a subtitle. Nagoshi explained that he wants to reach a younger audience on the PSP, with the console iterations all targeting adults thus far.

In the interview, the director says he wants to send young kids a message about living a strong life, and is keen to tackle the idea of violence head-on. In the console Yakuza games, Kazuma Kiryu gets involved in plenty of brutal street fights - but the message is always in self-defence and for inner strength.

Nagoshi said that he felt kids today lack the ability to be more aggressive, both physically and mentally. Although he was keen to stress that he didn't want kids to get into fights.

The main character in Project K won't be Kazuma Kiryu, but a delinquent 18-year-old called Tatsuya Ukyou, who's reduced to nothing but a street thug as he goes through a 'human drama' that will change his lifestyle. As well as manga-style cutscenes, the battle system will be more 'in-your-face' compared to past Yakuza games too.