Past comments were inaccurate, according to President. 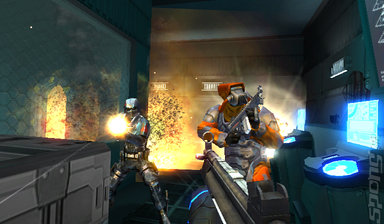 Sega West President Mike Hayes has responded to comments made a few months ago that indicated that the publisher was to stop developing core titles for the Wii, adding that the company is still supporting that audience.

"To be blunt, there were some erroneous quotes that went out," Hayes said to Industry Gamers. "They did come from Sega personnel but they weren't appropriate or accurate. I did speak to a lot of the European press, saying 'Please ignore all that.'"

Head were scratched when Sega recently announced The Conduit 2 and Tournament of Legends, which hardly seems like a departure from its output of Madworld and House of the Dead Overkill from 2009. Hayes said that while the Teen market isn't going to be as big as the Xbox 360 or PlayStation 3, it's a viable market on the Wii due to low development costs.

"Our general view of the Wii is that it's a platform that's done Sega particularly proud; we've been very supportive of it with the success we've had with the Mario & Sonic series, success we've had with the Sonic series, and some of the redesigned IP like House of the Dead," Hayes continues. "So the Wii remains a very important part of our mix. So you will see certainly quite a few more announcements on Wii titles that Sega will be producing and publishing."

So hardcore Wii fans, breathe easy. Sega's not deserting you yet.
Companies: SEGA
People: Mike Hayes
Games: MadWorld The Conduit 2 The House of the Dead: Overkill Tournament of Legends