Dragon Quest to Hit PlayStation in the States 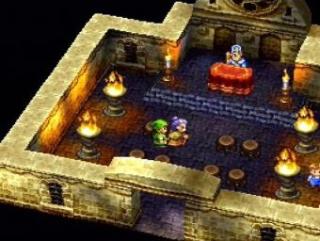 Dragon Warrior IV, originally an 8-bit Famicom game, will no doubt receive a major overhaul. New gameplay elements and 3D graphics are in the pipeline, as well as a new translation. But as usual, a UK launch has not been mentioned.

Dragon Quest VII was a phenomenal success in Japan, giving Final Fantasy a run for its money. The game wasn’t as graphically accomplished as its Squaresoft counterpart, but its pseudo 3D graphics and intellectual gameplay outweighed any bad points.

Hopefully, with complete English language versions to be available, Enix will consider the possibility of releasing the console elsewhere. The UK, perhaps?