Shaun White is awesome and stoked 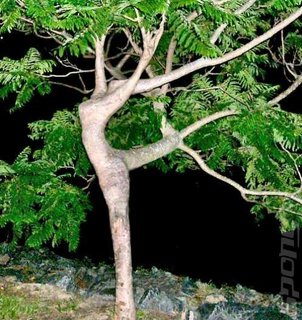 A tree celebrates before being chopped down for general election pamphlets.
Ubisoft has announced that it's doing away with paper manuals for PS3 and Xbox 360 games in order to "provide multiple benefits for the player and the environment".

While no mention of Wii, DS, or PSP games crops up in the news, the company does say that including electronic, in-game manuals is "the first initiative of its kind in the video game industry, (it) launches worldwide with Shaun White Skateboarding this autumn 2010."

In terms of PC gaming, "Ubisoft has featured digital game manuals in its PC titles distributed in North America since March 2010."

What the release someone fails to mention are the cost-savings to the company in shedding printing, warehousing and transport. We are told that "Ubisoft’s digital game manuals will provide multiple benefits for the player and the environment. Including the game manual directly in the game will offer the player easier and more intuitive access to game information, as well as allow Ubisoft to provide gamers with a more robust manual."

Exactly why it's more intuitive isn't explained. Also by 'robust' we guess the company means, "impossible to spill coffee on or read on the bus.'

Some figures are provided, however, "Ubisoft internal data shows that producing one ton of paper used in Ubisoft’s game manuals consumes an average of two tons of wood from 13 trees, with a net energy of 28 million BTU’s (equivalent to average heating and energy for one home/year), greenhouse gases equivalent of over 6,000 lbs of CO2, and wastewater (sic) of almost 15,000 gallons."

Even ace-eco-warrior Shaun White has a comment to make (or at least his PR people do), "It’s pretty cool that Ubisoft is making a conscious effort to go green with its new video game packaging. I’m excited for my new skateboarding game to come out and stoked that it will be the very first Ubisoft game to be part of their green packaging initiatives."

Despite any mention of costings, however, the news also mentions that Ubi is changing the way it actually packages its games, "In addition to Ubisoft’s efforts to decrease paper usage in its game packaging, Ubisoft has partnered with Technimark, Inc. to release the entertainment industry’s most environmentally-responsible DVD case for all of its future PC titles in North America. The 100 percent-recycled polypropylene 'ecoTech' DVD case will make its debut with Ubisoft’s Tom Clancy’s Splinter Cell Conviction PC video game on April 30, 2010."
Companies: Ubisoft
Games: Shaun White Snowboarding