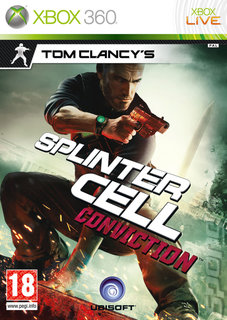 Sam Fisher leads the UK all-format software Top 10 (courtesy GfK Chart-Track) this week, as the Xbox 360 version of Splinter Cell Conviction marks the first time Ubisoft has taken command of the top two positions of the chart. Just Dance fills the #2 spot, having been nudged out of its #1 position last week and seeing a sales drop of -8%.

Rockstar's Grand Theft Auto: Episodes from Liberty City has also helped freshen up the chart, as the PS3 and PC releases reach #3 - because Chart-Track has grouped these versions together with last year's Xbox 360 disc release, the expansion pack sees a sales boost of +999%. The 're-entry' means EA's Battlefield: Bad Company 2 is ordered down to #4 (-29%).