And they're both very happy indeed. Naturally. 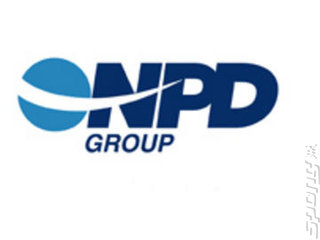 No sooner than the US NPD figures were released for March, Sony and Microsoft have weighed in with their thoughts. As you would expect, both reactions were positive.

First, with an official statement on the software and hardware sales, was SCEA's Senior Director of Corporate Communications Patrick Seybold. Sony has a lot to be pleased about, considering God of War III has hit the top of the software chart and the PS3 version of Final Fantasy XIII has stormed ahead of its Xbox 360 counterpart.

Obviously not one to toot his own horn too much, Seybold was happy to announce that the PS3 "continues to be the only hardware console to see double digit growth both year over year (44%) and year to date (36%)." Software, hardware and peripheral sales also accounted for 26% of the market, with the PlayStation brand commanding 31%.

But the executive mentioned that its HD console is still having a rough time with hardware shortages (still?). "It's no surprise, consumer demand remains incredibly high and PS3 supply will continue to be tight across our retail channels in the next few months," Seybold said.

Microsoft, in comparison, hasn't released an official statement on the NPD figures, but it should still have something to smile about - the Xbox 360 reached third place in the overall hardware chart (behind the DS and Wii), ahead of the PS3. In software, the console is still well represented with Final Fantasy XIII and Battlefield: Bad Company 2.

Ever-vocal Microsoft exec Aaron Greenberg commented on the figures on his Twitter page, and with it comes - shock horror - a compliment! "Another strong month, solid #2 on HW [hardware] sales and growing again YOY [year-on-year]. Kudos to @seybold [Patrick Seybold] for some strong SW [software] sales."

Has someone hacked Greenberg's account or something? Surely this is the sign of the apocalypse. Either way, it's nice to see all the companies happy at each other for a change. Maybe now we can all start to love and respect one another, eh? Well, at least until next week.
Companies: Microsoft Sony
People: Aaron Greenberg
Games: Battlefield: Bad Company 2 Final Fantasy XIII God of War III