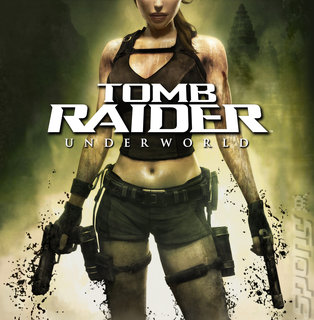 Square Enix Europe's CEO, Phil Rogers (formerly CEO of the recently absorbed Eidos), has explained how it is that 'Tomb Raider' is out and 'Lara Croft' is in with the title of the upcoming Guardian of Light.

"I’m not saying this is a split – we’re not driving a huge wedge through this – but we had always planned separating the two, with the Lara name in Digital and the Tomb Raider brand at retail."

Honestly, we weren't aware that 'Tomb Raider' and 'Lara Croft' qualified as different 'brands'. You could certainly be forgiven for thinking they're just two different names you can stick on the same series. In fact, many past Tomb Raider games have had their titles headed up with 'Lara Croft Tomb Raider'. We'll see how Guardian of Light, with its isometric viewpoint, makes us feel about this whole non-split split.